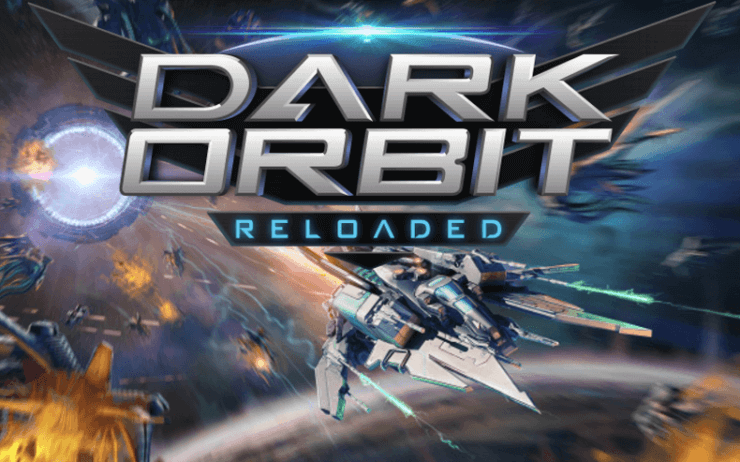 The science fiction browsergame Dark Orbit impresses a lot of player by its unbelievable reality, its racy action sequences and fascinating graphics. Become a pilot yourself and fly a fighter, a battleship or an universe collector. You can determine the destiny of your enemies! Read more about the action browser game DarkOrbit.

DarkOrbit is a free multiplayer browsergame settled in the infinite vastness of the universe. In this action game you will have to fight against a lot of opponents to maintain your position in space. You have the choice to conquer the universe on your own or to join one of the various alliances. You will permanently discover outlying areas of the galaxy and you will always conquer new dimensions.

There is a lot of danger in the universe, because aliens are making trouble. Three big companys are trying to dominate the Dark Orbit, so you will have to join one of them after registration. As a new aviator you will have to be satisfied with a tiny and simple jet. By completing missions successfully, you will earn money and fame, so that you will be in a position to arm your spaceship or even to buy a new one. In your hangar you can repair you spaceship or accept different quests, for which you will always get a reward.

By achieving a higher level, you will get more options and rights an will also be able to accomplish special quests. To reach the next level you will have to possess ample points of experience. Shooting other spaceships will get you points to increase your glory. More glory means more gains by selling raw materials, less damage to your spaceship and a better positioning.

An important source of income is dealing with raw materials, which you can collect in space or by shooting a spaceship. You can also improve these raw materials in your laboratory, to enhance your own weapons. Some raw materials are also hidden in the bonus boxes in the Dark Orbit or you will gain them for completing a quest. A lot of adventures are waiting for you in the Dark Orbit, starting with mass battles to the point of new discoveries in the infinite vastness of the universe. There will be a lot of action anyway.

Dark Orbit is a free multiplayer browsergame settled in the infinite vastness of the universe. In this action game you will have to fight against a lot of opponents to maintain your position in space. Actiongame – The DarkOrbit universe needs you!

Explore the infinite expanses of outer space in one of the best browser-based, action-packed space shooters ever made. Fly into the face of danger and go where nobody has ever gone before – either on your own or with others. Set a course to discover new galaxies and new lifeforms. Join one of the three DarkOrbit companies in their struggle to gain control over the universe. Gear up for battle and fight to the bitter end to gain wealth and power in this browser game. Stock up your ship and transform it from a simple Starjet to the universes most feared battlecruiser: Fulfill your destiny!

Dark Orbit
Off into space, board your own spaceship and let it rip for once. Experience mass battles as you have to look for them in browser games for a long time.
good
TOP graphic
loads of action
lots of quests
play together with friends
bad
5
Dark Orbit
play Dark Orbit now
bigpoint games Space Games war games